Posted on June 16, 2013 by Greg Cohen under Uncategorized 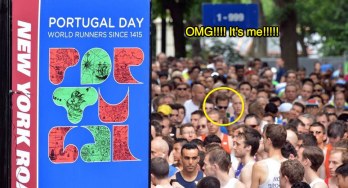 It’s been a crazy couple of weeks.  I’ve been working a traveling more than usual, and have found myself in Arkansas and Dallas.  Surprisingly, Arkansas had weather that was a lot better for running, a lot cooler.

I was in Fayetteville, which is the home to a great running store as well as a pretty great network of trails.  I had a great time running there, even though I was busy and stressed out.  Dallas is also a great place to run, home to the Katy Trail, which is filled with some fast runners (and unfortunately some fast bikers).  It was hot in Dallas, super hot, really the only time to run was at like 6 in the morning, which is usually when I have to be at work.  So although I got in a lot of good runs, a lot of them were shorter than I’d like, and there was no way I could get in any speed work.

That being said, I tried to do a tempo run on a treadmill.  Which I’ve tried before.  It didn’t go so well this time.  I have some sort of callous on my foot which won’t go away, and I can’t get a podiatrist appointment in this century.  Why is it I can get a colonoscopy at a moment’s notice (which I don’t want, just for the record) and it takes a freaking year and a half for someone to deal with my running pain?  Life isn’t fair!  This thing on my foot doesn’t really hurt that much except when it does — when I’m running on a road, I can modify my form a little bit and all is good, but on the treadmill it’s like hitting myself repeatedly step after step.  So while that’s not that much different from running in general, it hurt a little too much to churn out 3 miles at 7 minute pace.

So without any long runs or any speed workouts, I decided to go ahead and race the Portugal Day 5 miler, which I’ve run twice before.  It’s a lower loop of central park, which means the runners avoid the dreaded Harlem hill.

I drive in with my friend and teammate Tom who is injured but makes it a point to come down and cheer us on in the team races.  That makes Tom AWESOME, both as a runner and a teammate.  We found a killer parking space, I got my pre-race coffee, had some private time on the portapotty, and did about the shortest warmup imaginable.

It feels like I’m always arriving at the race just in time to run a little less than a mile.  I never know what to do with these warmups.  Heart rate up — check.  Make sure shoes are tired — check.  Run a little more.  Now go stand in the corale for ten minutes.  Heart rape drop — check.  Tie shoes again — check.  Worry that race is going to suck — check.

I was in the first corral so I got to hang out with my teammates and a bunch of really fast runners.  It’s really a blast.  There’s a lot of joking around, saying hello.  Stress.

I was thrilled at the start to see my fellow Taconic Gregg, who is an awesome runner and a great guy for me to run with.  He starts strong (which I don’t) and sometimes falls off a little at the end, where I tend to pick it up.  We agreed to do 6:30 miles throughout.  We didn’t pinky-swear or anything, but I felt like we had an agreement!

Gun went off, nice start.  It was crowded, but everyone was moving fast.  6:31 right on target for mile one.  We actually made the turn onto the 103rd street transverse between miles one and two, I  was hoping that was the half way point.  It’s sometimes a mistake to think you know a course better than you do.  Mile 2.  6:23.  “Too fast” I mentioned to former friend Gregg.  Mile 3 had a little bit of a climb in it, 6:41.  Mile 4 was pretty good in 6:33.  Gregg backed off a little bit, and I was alone with my thoughts and inevitable demise.  Pick it up, you bastard. Run faster.  Or just quit.  But the truth was, I dug as deep as I could and just didn’t have anymore.  I was doing all the tricks — counting steps, trying to hold on to another runner, etc.  Right into the finish line there was a little uphill and I thought I wasn’t going to make it!  6:36 mile 5.  Final time, 32:46, 24 seconds too slow.

What did I learn?  Well, you actually have to train to PR.  Also, I gotta watch my freaking weight.  I’m still eating everything.  I think five pounds lighter and I’d be killing these things.  I should mention that I’ve just finished eating a little cheese before bed.  Because why wouldn’t I?

I have loved racing recently, and I really want to keep doing it.  Not being able to pick it up in mile 5 today was really disappointing, but I should have started slower.  Also, I should have done some speed workouts.  Or some long runs.  There may be something to decades of running wisdom.