Posted on July 21, 2014 by Greg Cohen under Uncategorized

One of the things I love about my job is the travel.  That’s not really true.  But one of the things that’s true about my job is that I travel.  And I do notice that running is different in different places.  The way people run in China is different than the way people run in Chinatown (in China, people seem to run very fast for very short distances, like every workout is an interval workout.  In Chinatown, that’s also true, but it’s usually dodging traffic).   I thought to myself “self, you should write about this.” I had a great family vacation in London and Berlin.  Great food.  A lot of crying children.  Not ours of course.  OK, they were ours.

I got some great runs in in both cities, and I’ve run in Berlin on a couple of trips before.  I even wrote a little blog post about running in Berlin right before the Marathon in 2010, and to quote myself (terrible source):

I hate to generalize, but the German runners seem a bit more relaxed.  I mean, relaxed as in healthy.  Everyone looked happy.  No one doing speed workouts.  Everyone well balanced, happy with their life and all that Western Europe brings them.  OK, I realize I’m making all of this up — but indeed I think it is a bit more mellow here.

And I think it’s true.  There are plenty of runners in Berlin, but people seem smart and content.  They take it easy by and and large.  Clearly it was time to write about running in London.  Since I just wrote something about being cheap in London. 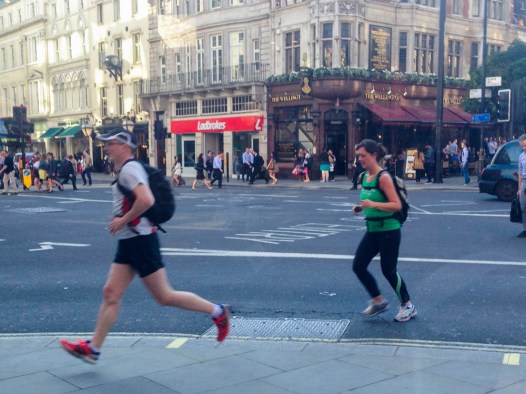 These people were everywhere!

My first couple of days in London I kept seeing runners with backpacks.  I thought maybe it was some sort of hard-core ultra training thing or something.  Then it finally hit me.  They were commuting.  And running.  They were run-communting.  As the English would say “Brilliant!” It’s awesome.

You see folks in the craziest neighborhood running.  We were in the West End and there were a ton of runners.  That would be like running through Times Square in New York, but with narrower streets.  And the traffic running the wrong way (ok, not for them.  but for me they just looked like super heros).

There are entire websites about commuting by running.   Presumably they only run one way, but who knows.  If it was up to me, I’d always run from work so I could shower at home rather than sitting in the workday in my own stench. Brilliant!

The weather was great there, but of course it isn’t always great.  But these folks seemed pretty hardcore.  And they weren’t stupid about it — nice high-visability jackets, rain gear during inclement weather.  Some folks were running in groups of 2 or three, but they’d fall in line nicely to avoid getting run over by a lorry (stop that!  You’re not English.  It’s truck.  A freaking’ truck.  wanker.)

Regent’s Park, or These are some Fast Bastards

Whenever I am somewhere that people drive on the left, I am quite certain I am going to die by being hit.   So anything I can do to stay away traffic at all, the more relaxed I am. Luckily, were staying about a mile and a half from Regent’s park, and there was a great way to cut over there via some canals which meant I was in traffic for not as long as I would have been otherwise. Even in my first run I noticed something was different. 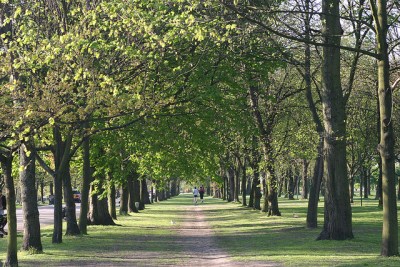 As soon as I got to the park, I was chicked.  I am far from the fastest runner, and I run with a lot of women who are way faster than me, so I shouldn’t have been surprised.  But this woman was awesomely fast.  And so there you go. “Great job” I may have said aloud.  But of course I didn’t because I was too busy not spitting up bile.  Or blood.  Or both.  And that lady was moving.  Fast. This was super early in the morning (see also: jet lag) and I didn’t see that many other runners.

In my next few runs I started to notice something: these people are running fast.  Not every runner, but it felt like most of the folks out there were killing it.  I was slogging along on my vacation-compatible pace and tons of people were passing me. One day there seemed to be some sort of triathlon group as many were on bikes and then running. And as they were running they were going really freaking fast. Finally I ran one afternoon and realized that there were many people who were doing the same route.  I tried to hold on to some of them, but they just got further and further away.  But a great run all around.

Too Fast (or cheap) for the Track 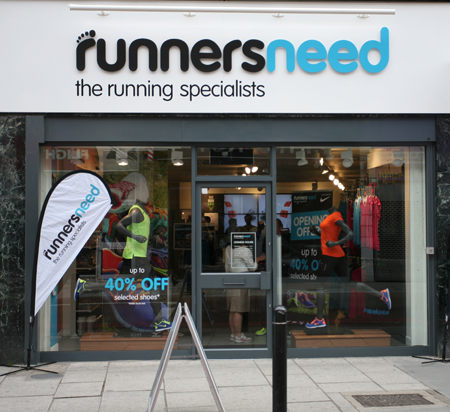 these things are everywhere

I stopped in a running store — there is a big chain in London called Runner’s Need and I had a chat with (see I didn’t write “had a chat to” because I’m not English!) the guy working there.  I said “well, it seems like there are a lot of fast people here.”  He replied “Well, there are just a lot of runners here so I imagine some of them will be fast.”  Brilliant!

But I did learn that many tracks in the UK charge for using them — sometimes folks join a club or they just pay £2 or so to run.  I imagine, based on my experience with runners, that that would dissuade many people from going to the track!  So people have to do their quality workouts in the parks, which really are fantastic.

Even though I was getting passed by a lot of people, I really enjoyed the feel of the park.  They close at night, and are really pretty clean.

I picked up a copy of Men’s Running UK, which doesn’t seem to put a lot of its content online (bless them).  But one of the things I noticed is that people were writing about their training paces on long runs and tempos, which we just don’t do here.  I’m not 100% sure what to do with that information, but I do feel like the community works hard there at their running.

Can’t wait to go back

All in all it was an amazing trip and a great place to run.  There were runners everywhere.  And running stores as well.  I can’t wait to get back, and I think I have to make the effort to join a group run so I can bounce these ideas of people so they can point out how nuts I am.

What crazy assumptions did I make?  What did I misunderstand?  Please please please let me know in the comments!

Oh, and here’s my route though Regent’s park and Primrose Hill Park.  You can see when I was trying to pick up the pace.  Then gave up.  Brilliant.