Posted on March 7, 2015 by Greg Cohen under Uncategorized

In the mid 90s, I watched my first episode of ER.  Everyone else in the world had watched it before me.  But for some reason, I missed it.  I didn’t know what the big fuss was.  Then I saw it.  There was action.  Smart doctors, attractive people, heroic, lifesaving measures.  After ten minutes, I got it.  I thought to myself “self, this show is great.  I know why everyone loves it.”

That’s the way I now feel about San Francisco.  I had a killer 20 mile run yesterday where I had hills, a iconic bridge, city streets, running paths, two or three beaches, and an amazing opportunity to shoot some pictures. 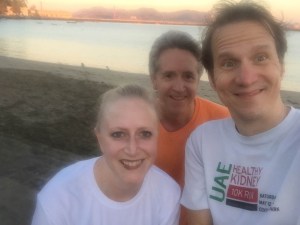 Started as a gang of 3

I started out hoping to do 22 miles, and was thrilled to be joined by Robyn and (another) Greg.  They had an unhealthy desire to be at work on time, so they ran with me for 45 minutes or so.  During which time I managed to trip over a curb (it was dark), and sustain my first running fall.  I’d like to say I rolled into the fall and looked like a snowball, but I just hit my side hard, cursed, paused my watch, got up, started running, started my watch.  Typical.

Once they left me, I ran across the Golden Gate bridge which really just something to take off the bucket list.  Only one pedestrian path was open so it was shared with cyclists.  This “sharing” means leaping out of the way of people going 30 miles an hour while trying to be mistakenly added to the suicide statistics.

Back over the bridge, through rolling hills, parks, really just great.  The only problem was I never seemed to pick up the pace.  I started comfortable and never got to the 8:30 or so I’d like to be for these longer runs.  This is a problem for me — I am horrible at pushing myself when I’m not with others.

It took so long that I was quite worried about being so late for work that I’d get fired.  There are so many reasons to fire me already that I didn’t want to add anything to it.  So after 20 miles I went back to the hotel.

But it was a great run.  Slow but great.  Here’s the route. 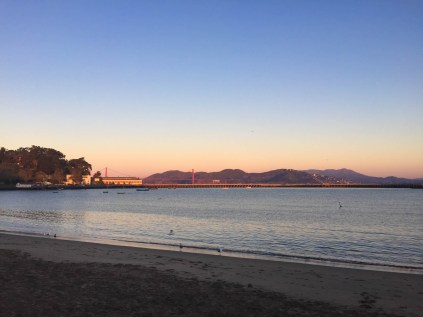 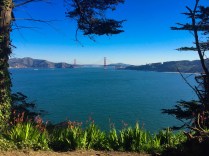 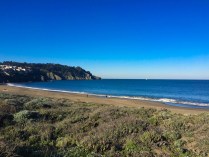 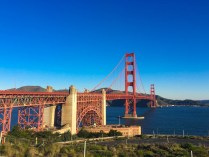 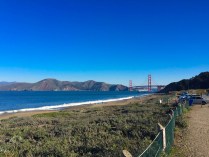 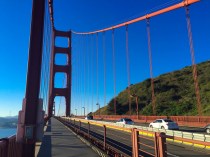