Posted on April 7, 2016 by Greg Cohen under Race Report

The countdown to Boston is counting down. I had a bit break from the stress yesterday – it wasn’t until I was actually winding down last night, about to go to sleep, that I thought to myself “wow, self, home much time till Boston?  TWO WEEKS FROM TODAY! Crap! I’m totally unprepared! It’s going to blow!”

But the truth is training has been going OK;  some workouts I’ve felt like crap, but some have been ok. I’ve managed to keep my weight stable, which is a miracle in and of itself. This last month before Boston I’ve stopped eating dessert. I basically, I don’t drink, don’t eat sweets, and run myself into the ground. Man, running is awesome! I’m having a blast!

What did suck was a 10k I ran a few weeks ago in Orlando – I melted into the ground, and ran a 43:43 on a pretty flat course. I was pretty unhappy.

Luckily, I had a better day on Sunday here in Dallas. I’m here working and noticed there was a race called the Disco 10k. Actually, there was a 5k, a 15k as well as a 10k. Fantastic! So I signed up, checked into my hotel, and realized that the race was about a mile from where I was staying. It doesn’t get much better than that!

So I woke up at 7am for a 8:15am start, jogged to it and was there in plenty of time. The race was very well organized,but for three different races there weren’t a lot of people there – I bet 300 total, like a hundred in each race. I really wanted to not have a shitty day (there’s an objective!), so I lined up towards the front of the group and looked around for people to run with. Everyone seemed pretty relaxed – there were a few people who were in flats, but it was pretty casual.

The gun went off, and there were were – and right from the start, I was in the lead group. There were five or so of us, a really fast woman in the front, a younger guy without a shirt and then me and another couple of women. After a few hundred meters, it was just the really fast woman, the shirtless kid, and me. It was a very weird feeling. I thought to myself, “self, if you can just hold on to this kid you could come in as the second male. That’s like second right?” Very stressful.

I wanted to hit 6:45 pace throughout, and I checked my watch a little too often – I was right around pace for a while, but being alone it was hard to hold on. I fell back to 6:50 or so, and just concentrated on holding on.  I have a confession to make: I wore headphones. I freaking hate people who wear headphones. So I guess I now hate myself!  No big change there, alas. 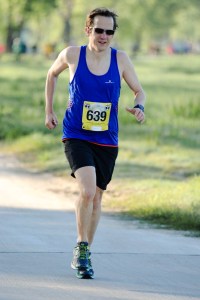 But it helped – as I was alone I just needed to relax and keep running. There was a turnaround point in the run and I realized I was slowing down. The super fast woman was so far away I couldn’t see her, but the young guy was a little closer. Then I realized that he was slowing down. I picked up the pace, ran astride him and said something encouraging like “we got this” and he took off. I thought to myself “self, the kid is fast. that’s that.”

But then, after another half mile he was falling back to me still, and I remembered something I read in a running book somewhere: if you’re going to pass someone, pass them by a lot. So I ran as fast as I could, and he let me go.

The rest of the race I was a little freaked out that I could actually win – at least as the first male. I held back a little bit as I just didn’t want to blow up. At least that’s what I told myself.

The only thing that sucked about the race is the 5k had the same finish and they started fifteen minutes after the 10k, so as I was coming in to the end, for the last mile or so. This has happened to me during another race – it’s a weird feeling; as I’m trying to not fall apart, there are walkers, with strollers, in the middle of the course. So I weaved in and out, and got through it.

I had to leave before the awards to go to work, so I emailed the race director and asked him to send me my trophy. Which he said he’ll do. I can’t wait!

The rest of my time in Dallas was great; I got in my last long run, an 18 miler. I went super slow, alone, but it felt great. I ran to White Rock Lake, which was fantastic – I’d never been there before and it’s great. It’s a fantastic place for runners, as well as some cyclists who seem to enjoy going very quickly while screaming “on your left!!!!”

I think it must be 8 miles around, so even bigger than Central Park. It’s super flat, which was just what I needed.

I stopped a lot, got some pictures on my phone.

The run ended in a planning miracle exactly at 18 miles at a whole foods; the only weird thing is I wasn’t hungry. I’m not sure that’s ever happened before!

Really I had a great time in Dallas – I think my long run could have been a lot worse, and I won a 10k. I mean that doesn’t happen a lot. Or ever!

Next stop Boston. Now it’s time to really stress out. 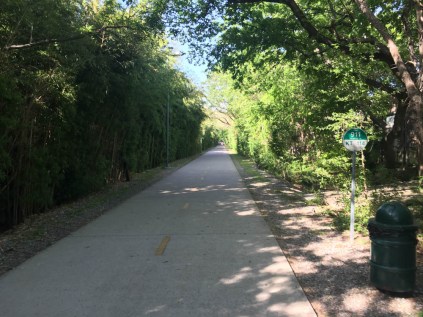 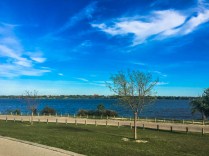 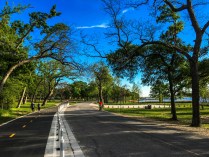 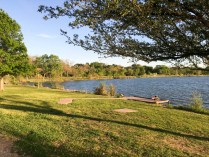 Got better and better 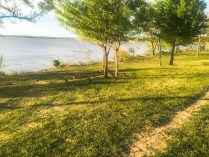 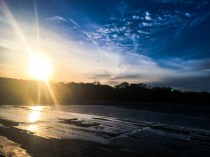 almost to whole foods
PREVIOUS POST ← So do I just keep saying nice things about Las Vegas?
NEXT POST Duel with the Sun →

Great story, Greg! Congratulations on beating the shirtless kid and a whole lot of other people. You do your (our) age group proud, old man!

Thanks Liz! All I had to that day was show up!!!

You did good Greg.